How VisionaryFunso Was Persecuted by An Enemy of Nigeria 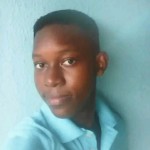 Most of you who read my blog frequently,do know that I stopped constant blogging during November 2021, and that my blog-posts reduced in number.

It all started because of the persecution I faced at a church not too far from my side.

The church is like the usual pentecostal- kind, headed by one man who calls himself “the Pastor-in-charge” or “the Prophet-in-charge”. I attended this church because my second sister had a mental issue. Someone recommended the church, another pirate to my mother, so I had to go with her to speak on her behalf as a son would do.

He asked me about Nigeria’s political experience under the military regimes of General Ibrahim Babangida, General Sani Abacha; the reason why Nigeria failed to get it right with her Democratic Hour-1999; my BODMAS Constitution and how I intend to make it work.

After several discussion, I met myself at a cross on the church ground, he started hammering my hands with nail,then he pierced me with a spear-like object in my side, the church looked very empty because he has transferred me ato his hidden room (spiritual room).

He threw my Holy Bible to the ground in front of the altar repeatedly and stepped on it.

Prior to this, the Prophet who is an “Anointed Devil” staged up something which I will call “Prophet, Wife, Church Members Stage Up New Church Member To Accuse Him of Lust”, in Sahara Reporters language.

He called his wife,Catherine Imevbore or Catherine Sunday, my wife, said he would like to meet my future wife if she is an Edolite (absolute blunder!), under the evil guise of “All Edo people for Lagos na family” etc.

I was bitten with by a serpentine stick on the tongue, and asked why I came to liberate people from his church and several others.

He made me motionless via Indian talisman and then set his wife to rape me on the Altar. Prayer saved me miraculously.

This man called Prophet Sunday Imevbore is an Egbesu man, Usa Priest,an Isha High Priest, who has harmed Nigeria in the not too distant past-General Sani Abacha’s group of 400 Prophets.

There is a forest in the next community from where I live which is rumoured to have been a pivotal to the dis-appearance of people in 1993-1999 even up till now being in the possession of evil priests who worked with the to then Military Governments to get rid of scores of student-activists since the days of the Late Chief MKO Abiola who owns large acres of land spanning from Ayobo to Bada in Lagos State.

Sunday Imevbore has a hand in the fight against Nigeria’s betterment. The Constitution draft I wrote, he made his wife sit on it, he also took it in to work on it.

He made me forget all these experiences via charm for at least 5 months, immediately I remembered I stopped attending the church.

I am having OVR and OMR (Oil of Visual Rememberance and Oil of Mental Remembrance) which is affecting my daily work seriously.

However, I am making the best out of this headache called OMR to decipher my uncle’s history, Stephen Olufunso Otun (aka the Man-in-White) with his brilliant black rasta-undergrowth hair cut short by this same old pirate called Sunday Imevbore.

Stephen Olufunso Otun (1970-1997) was my immediate past incarnation,a Prophet of Jesus Yeshua, The Political Prophet-my inherited ephithet, a NADECO political activist though not as brave as Sowore; certainly a human being like an angel, Olufunso Stephen was cut away at his prime age of 27 by this same evil priest who calls himself a prophet because of “wife”, at least that’s what I heard but that’s not what I believe, evil priests and priestesses killed him many times before his death, yet he was not a coward, he was a hero!

Stephen Olufunso Iwilade (1907-1954), self-styled as IOS was my first incarnation as I believe, full brilliant rasta, a man who has always been righteous before becoming a christian.The African Rabbi that trod Ile-Ife native-land, Oromiyan HighPriest(My Word Appointed Oracle), truly an awo funfun called Awo Funso Jesus, and I believe, a member of Action Group that never saw an independent Nigeria but that worked for it, warned about the future he saw, and one that prophesied a whole century (1934-2034) of Nigeria’s future on Mount Zion. He was crucified spiritually by this same Prophet Sunday Imevbore, named Uwameso in that lifetime.

The last, the weakest, but the stronger than I am (because I don tire) was Ademola Adekunle Otun (2000-2022), victimised the most, de-powered totally of his oracular power called Oromiyan/Jehovah, stabbed twice by Sunday Imevbore (who knew his uncle Olufunso Otun), gang-raped by unknown women, crucified many times before his crucifixion, prophesied to die at 27/35 by this same Prophet Sunday Imevbore.

Now, I changed my name to that of my beloved uncle’s first incarnation- Stephen Olufunso Iwilade (2022 And Beyond) to start from my best point and to recover my losses. Sadly, I am weak because of the OMR though I am strong because I look forward to saving Nigeria via some strategies.

Now, Prophet Sunday has re-located with address relatively undisclosed; prior to this, when I stopped attending his church and started my spiritual warfare, my parents stayed my hand not to confront him because they didn’t believe me about my crucifixion, and they wouldn’t want this issue to go public.

This same man, on the first day I attended his church with my mum, preached that few members he had shown favour to, reported him to the police that he is keeping human skulls beneath his altar. He, in fact, made fun of the Nigerian Police, that they cannot arrest him; slightly boasting of his connection in Abuja and of his Benin/Indian charm; like usual, all the while wiping our faces using magic.

@YeleSho (Omoyele “Yele” Sowore) is also another person I have known from 2 past lives (as Stephen Olufunso Otun and as Stephen Olufunso Iwilade) but I knew him much distantly and he is the other “Stephen” and this Sunday knows him as well. I choose to call Sowore Sowoyo whenever I like his idea but don’t seem to agree with him fully. Because of Sowore’s standing as one of the few hopes of a better Nigeria, Nigerians need to do away with red candles and kohl because this guy called Sunday and his cohorts are controlling those items.

I have a CD on which several secrets considering Nigeria are stored; expositions such as the controversial murders of Manny Nigerian activists, students, the embezzlement of the military regimes of Babangida and Abacha;this prophet,Sunday Imevbore damaged the CD on the altar while taking a look at it all the while enchanting me and wiping my face to make me forget instantly- Isha charm?! A devil! Not a prophet!

That’s why I started a fast,stopped blogging; and focused on rebuilding my sanctuary; I learned that my uncle had a sanctuary,I’ve rebuilt it but it hasn’t dropped from Israel Heaven. Kinda confused! If you sabi cure OMR and OVR , let me know.

Don’t let him die! I am VisionaryFunso.

I await your comments on my experience. I’ve been suffering for way too long